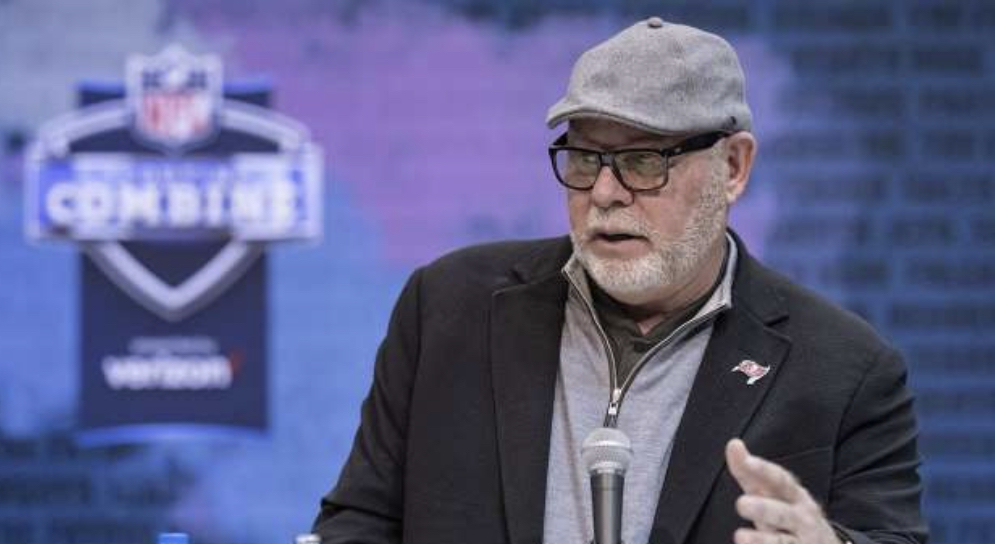 At the 3rd annual Women’s Careers in Football Forum, Tampa Bay Head Coach Bruce Arians remarked that there aren’t enough women coaching in this league full-time. And that he plans one creating a position to that end.

One significant NFL combine leftover: @BruceArians told me he plans to create a full-time coaching job designated for a woman. Feels pool is wide enough, wants to ensure diversity. https://t.co/T3LHP6RuIU

Arians has been a supporter of having more women on his staff in recent years. In 2014, as Head Coach of the Cardinals, he hired Dr. Jen Welter as an assistant coach in Arizona’s internship program.

He was an advocate of having full-time female coaches even into his retirement. Consulting then Bills HC Rex Ryan in the hiring of full-time assistant coach Kathryn Smith.

During the panel he said he was inspired by San Francisco 49er’s offensive assistant Katie Sowers question when she asked,

“Why is she the only full-time coach? Why can’t these internships convert into permanent work?”

Arians responded by asking by a show of hands how many women wanting to be coaches in the NFL. Approximately 8 raised there hands. He then came to find out that none of the 8 have applied or submitted resumes to open positions.

So Arians not only encouraged the group to apply, but to beat the door down of these franchises. Or so to speak until they get their first opportunity to coach. He then asked that any women interested in coaching for Tampa Bay to submit their resume to him.

For so long the NFL has been a male dominated sport on the field and on the sideline. Maybe with head coaches like Bruce Arians that will start to slowly change. As without a doubt there are quality coaches who are women, and just need the opportunity to show the league what they can bring to the table.

You can view the complete original article HERE.