Bucs Report
Home Around The NFL Notable Trades at the 14th Spot in the Draft Over the Last... 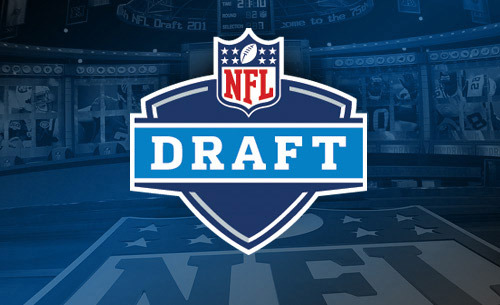 The Tampa Bay Buccaneers pick 14th in the upcoming 2020 NFL Draft. Through the years multiple trades have happened at almost any and every spot. The 14th spot in the draft is no different. Over the past ten years, there have been five trades.

Having the pleasure to pick 14th overall in 2019 was the Green Bay Packers. With two first-round selections and a need to fill more roster spots, the Packers decided to trade. They found a partner in the NFC South with the New Orleans Saints. All it would take to get this deal done was three picks to swing to Green Bay. the 27th and 147th overall in 2018 and the Saints’ 2019 first-round selection. On the clock, the New Orleans Saints would then select Marcus Davenport, defensive end, from UTSA 14th overall.

This trade dates back to the 2016 season. Needing a quarterback, the Vikings traded away the 14th overall pick in the 2017 draft to acquire Sam Bradford for the 2016 season. To sweeten the deal, the Vikings also sent a conditional fourth-round pick to Philidelphia. Ultimately, the Philidelphia Eagles selected Derek Barnett, defensive end, Tennesse. Needless to say, the trade did not work out very well for the Vikings.

In desperation mode to turn around their defense, the Cowboys looked to fix the secondary, and fix it quickly. On draft day, the Cowboys made a deal with the St. Louis Ram, sending them the 14th overall and 45th overall picks to move up to sixth. The Cowboys selected Morris Claiborne from LSU. Shortly after, the Rams grabbed another LSU player at 14 in Michael Bockers, a defensive tackle. In the second round, the Rams traded their newly acquired pick to the Bears. Oddly enough, the Rams picked 14th overall the year before.

The year prior, 2009, the Broncos were sold on cornerback Alphonso Smith. So much so, they traded their 2010 first-round selection to the Seahawks to move up in the second round of the 2009 draft to get him. It was a bad decision, one that worked out well for the Seahawks. Seattle then drafted Earl Thomas, safety from Texas.

There have been quite a few trades in the last ten years for the 14th overall selection. It could happen again this year.