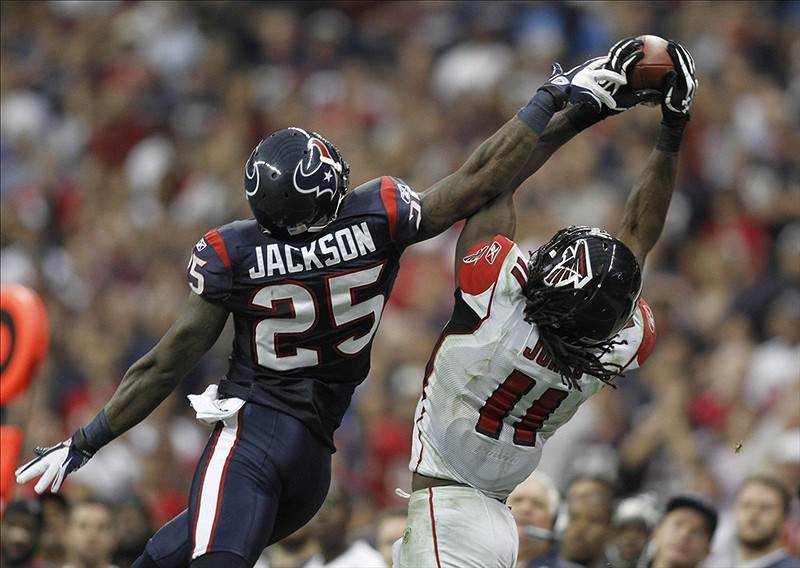 “The Redskins are right to fear Julio Jones and the Falcons offense this weekend. Jones has totaled 478 receiving yards and four touchdowns so far en route to NFC Offensive Player of the Month honors in September, has helped keep the Falcons undefeated through four games and has landed the top spot on Chris Wesseling’s divisive top 10 wide receiver rankings.” -Jeremy Bergman

More on this here: ‘Skins DB: Julio is like ‘create a player on Madden’