Jameis Winston couldn’t catch a break late in the 3rd and 4th quarters. Sacked five times, it seemed like we had no offensive line at all. Jameis had been hurried all game but played very well under the pressure. But as the game went on the pressure proved too much for the rookie and he could not overcome the Colts.

“The Tampa Bay Buccaneers were poised to move into serious playoff contention, but they showed with their tendencies toward self-destruction Sunday that they aren’t yet ready for prime-time competition.Tampa Bay quarterback Jameis Winston kept his team’s hopes alive through three-quarters before the penalties and lack of protection — he was sacked five times — caught up with him. He completed 20 of 36 passes for 245 yards and a touchdown, along with an interception on the Bucs’ final drive.” – Reported by Mark Montieth

More on this: Penalty-plagued Bucs can’t protect Jameis Winston in loss to Colts 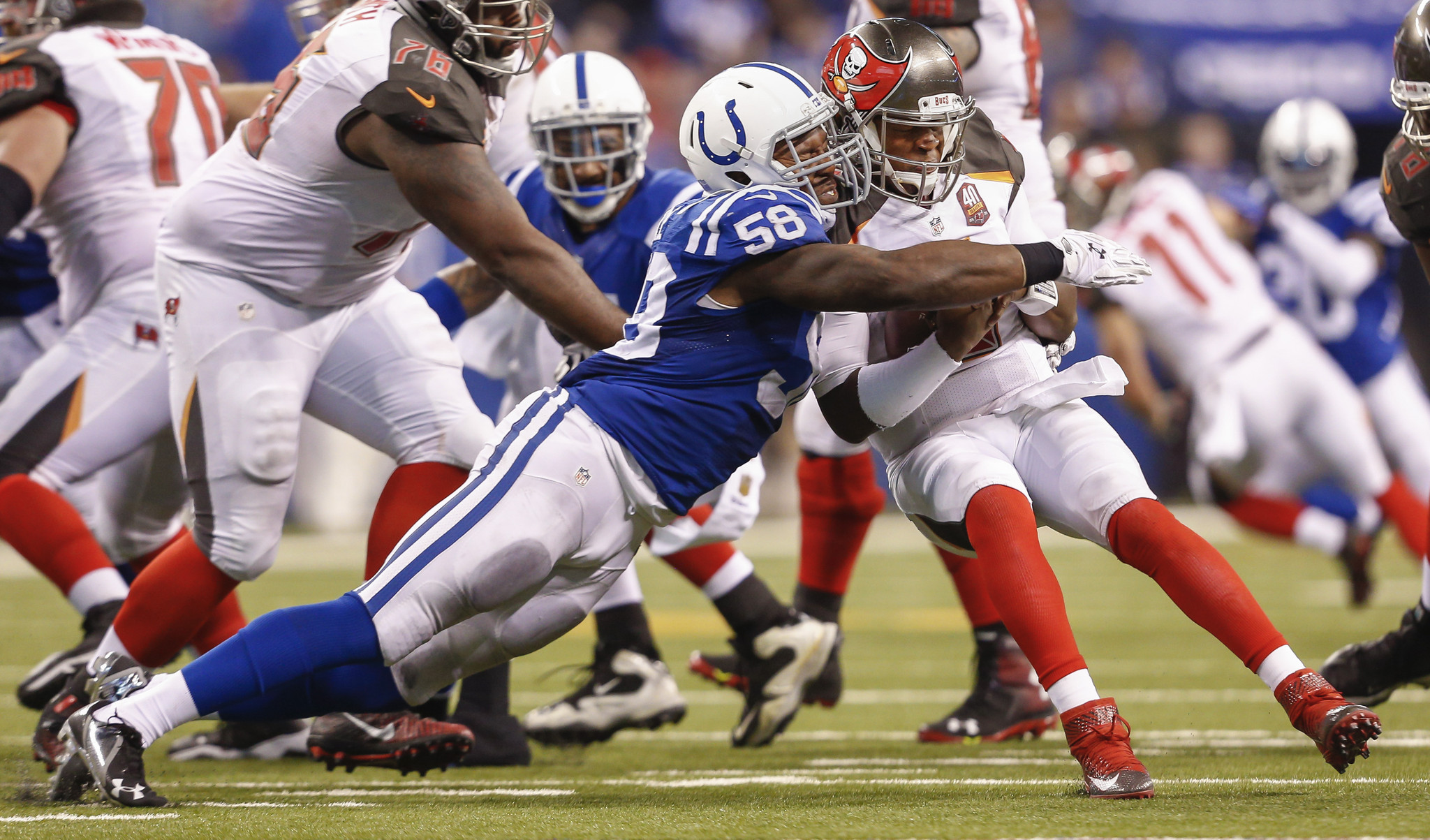 Bucs Report Staff - January 27, 2023
0
On this episode of the RBLR Bucs Podcast the guys talk about watching the NFL playoffs as a Buccaneers' fan from the outside. [youtube https://www.youtube.com/watch?v=o-2aeLBlyyQ] Follow,...

Jeremy Morrow - January 26, 2023
0
If the Buccaneers are inclined to start a partial rebuild, moving on from older players to ones who are emerging could be part of the plan.
Load more