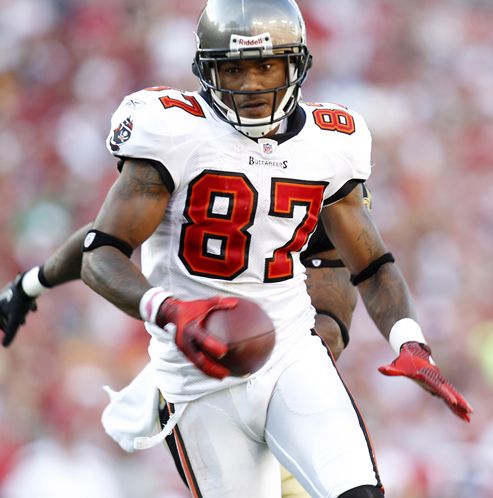 Former Buccaneers wide receiver Preston Parker Arrested again for drugs…… It’s the second time this month that Parker has been arrested and charged with drug possession. He was arrested three weeks ago on the first of April for cocaine possession, and displaying a firearm while in the midst of committing a felony, and destroying evidence.

Police say that they pulled Parker over because he drove by them with illegally tinted windows. In the process of being pulled over the police witnessed Parker, attempting to throw a plastic baggy full of marijuana out of his car window.

Preston Parker is now a free agent, and with his drug issues, it may be hard pressed for the receiver to find a job again in the NFL. Unless he gets picked by the AFC North, where he will fit in with all the other NFL stoners.