Bucs Report
Home Players And Rumors Jameis Winston: The leader we knew we were getting, and more 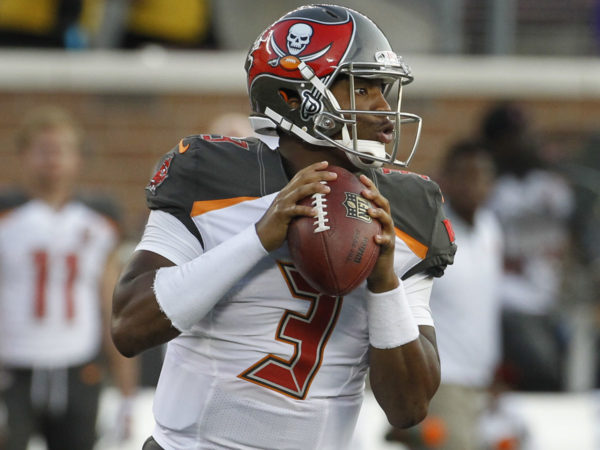 When you see Jameis Winston leading and motivating the Bucs, not just the offense, but the defense and special teams as well, you would think you were watching a seasoned veteran doing what he’s learned over years of practice. Then you remember, he’s actually just a 22-year-old in his 2nd year of the NFL.

The same goes for his gameplay in what was quite possibly the biggest game of his young professional career against the Chiefs. He played as if he had been in these situations dozens of times, poised and in control. Now we all know he has has a tendency to get over excited and make mistakes sometimes, but he also has shown the ability to push that aside and become the “Famous Jameis” that can carve up a good defense in an important game.

I’m happy we have a leader that can rise above the odds and tough situations, who can also help lift his teammates up with him.

I’m glad we have a future.