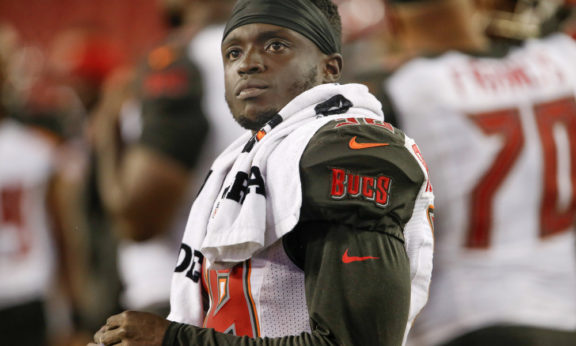 Jude Adjei-Barimah has been placed on the Buccaneers IR after passing through waivers unclaimed.

Much to be expected considering that he has a broken knee cap and will not be of any use to another team.

Although, many; Including myself, would like to see Tampa keep Barimah, I would expect that he is later waived from the IR with an injury settlement.

Last season, he was suspended four games for P.E.D Violations and upon returning he received his current injury.