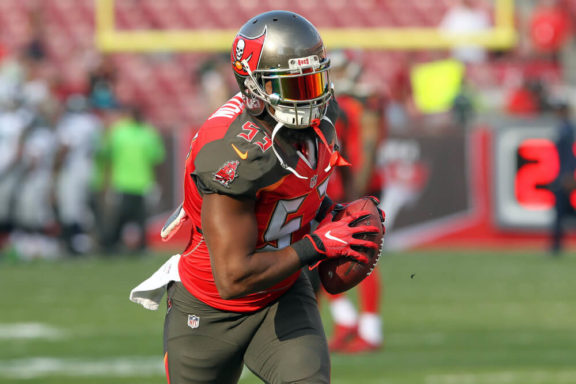 During Monday’s loss to the Falcons, Buccaneers LB Adarius Glanton suffered a serious leg injury. According to reports, his leg is broken, but the extent of the break is not known at the moment. It is safe to say his season is over.

In the wake of Glanton’s injury is the promotion of LB Nigel Harris to the active roster. Harris, from the University of South Florida (GO BULLS!), was originally signed to a three-year $1.66 million contract by the Chargers. The Chargers waived the 2017 undrafted free agent rookie, who was later picked up by the Giants off of waivers.

The Buccaneers signed Harris to the practice squad close to a week ago. With all of the injuries sustained in last night’s game, you can expect more moves to be made throughout the week.