Bucs Report
Home Players And Rumors Does Adam Humphries have a role on this team? 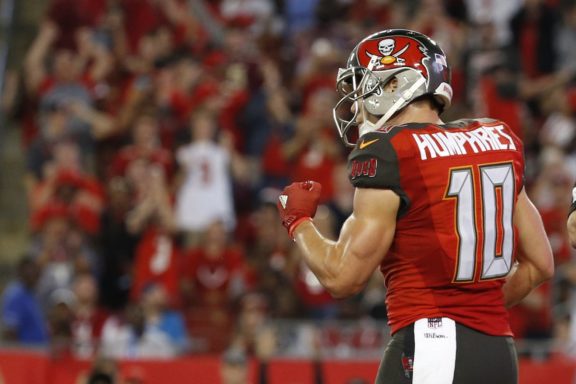 The Buccaneers are definitely not lacking receivers on their roster, which is one reason that it’s been questioned whether or not Adam Humphries still has a role on this team. Especially with the addition of a few new weapons last year.

The short answer, is yes! Absolutely. There’s always room for a player like Humphries. But that’s just my personal opinion. There are many who feel that he is just taking up a perfectly good spot on the roster, and it’s time to let him go.

It’s no secret that the Bucs had a mediocre 2017 season, and it’s still debatable what lead to their downfall last season, however, Humphries amassed 61 receptions during the 2017 season, six more receptions than his previous season, as well as 631 yards and one touchdown; making him one of our most reliable receivers. That, as well as the chemistry he has with QB Jameis Winston on the field; something that Winston and fellow wide receiver, DeSean Jackson, admittedly struggled with last season.

Adam signed his second-round RFA Tender to the tune of $2.914m earlier in the offseason, so we know we will be seeing him on the field in some capacity, however, there really hasn’t been any word on how the Buccaneers plan to use him.

While his future with the Bucs remains to be seen, I personally think we shouldn’t write him off just yet.