Bucs Report
Home Players And Rumors The Rise and Fall of Josh Freeman. 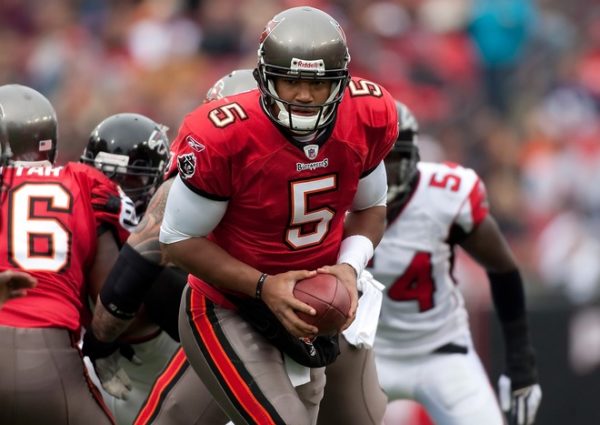 Seeing how we finally have a franchise quarterback in Jameis Winston, it got me thinking about another quarterback that we drafted in the first round to be our franchise QB, Josh Freeman.

Freeman was drafted 17th overall in the first round out of Kansas State. While at K-State, Josh played in 35 games, with 680 completions in 1151 attempts, a completion percentage just under 60. He also passed for 8078 yards and a 44/31 TD to INT ratio with a passer rating of 124.73. He received numerous accolades while in college including 3 National Player of The Week honors, as well as a BIG12 Co-Offensive Player of The Week and a USA Today Player of The Week award.

Josh passed for 3451 yards and a 25/6 TD to INT ratio. He was also named an alternate for the Pro Bowl in Hawaii. By all accounts, that is where his career spiked, because by the time Tampa Bay hired Greg Schiano as the new head coach, Freeman’s time in a Buccaneers uniform was coming to a sad conclusion as he was benched in favor of strong-armed rookie quarterback Mike Glennon in 2013. During that off-season, Josh was released.

Unfortunately, Freeman was never able to reinvent himself and is currently out of the league, although he is still holding out hopes of being signed by a team for this upcoming season. It has been reported that the Cowboys may very well be looking to retain his services to backup Dak in Dallas. I, for one, wish him nothing but the best.