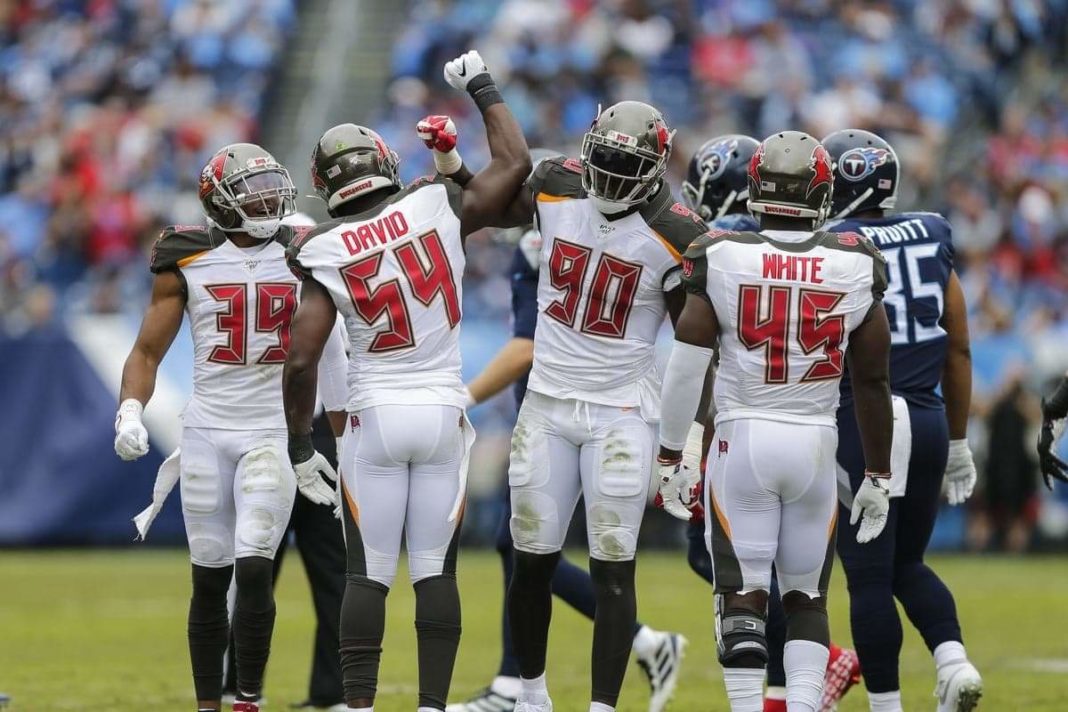 In 2019, the Tampa Bay Buccaneers switched from a 4-3 defensive front to a 3-4 under new defensive coordinator Todd Bowles. It was a move that looks to be just what the doctor ordered. Many players flourished in his defense, arguably none more so than the linebackers.

With the fifth pick in the 2019 draft, the Bucs selected LSU Linebacker Devin White with the expectation that he would be a cornerstone of the defense for years to come. His career got off to a slow start, missing three games after suffering a knee injury six snaps into week two. After returning, he got better and better as the season went on. You could see him gaining confidence along the way.

White had a knack for making big, game-changing plays. He scored two touchdowns in his first season. That would make him tied for second-most in the NFL. His best game came in week 13 against Jacksonville when he had seven total tackles, an interception and a touchdown off of a fumble recovery. He finished the season as the team’s second-leading tackler with 91 tackles, 2.5 sacks, three forced fumbles, four fumble recoveries and made the PFWA all-rookie team.

Lavonte David moved from the outside position to the inside position in 2019 and didn’t miss a beat. He once again was the teams leading tackler(122) and was second behind only Shaquil Barret in tackles for loss(10). David was rock solid all year, leading the team in tackles in seven games. It’s hard to choose which game was David’s best, but in my opinion, it was week 10 against the Arizona Cardinals.

That week, he not only tied for most tackles on the team(8) but also had a game-changing forced fumble. After a Jameis Winston interception, the Cardinals were inside the 20-yard line marching towards a touchdown when David ripped the ball away from David Johnson. The Bucs then went down and kicked a field goal to take the lead and ended up winning 30-27.

Shaquil Barrett was Tampa Bay’s best player in 2019 and had one of, if not the best season in franchise history. He started the year in record fashion, racking up nine sacks in the first four games, tying an NFL record. He went on to lead the NFL in sacks (19.5) and broke Warren Sapp’s single-season franchise record (16.5). Barrett was first in the NFL with 37 QB hits, second in tackles for loss with 19, third in forced fumbles with six and made the Pro-Bowl.

Barrett’s biggest game was probably week three when Tampa Bay played the Giants. He was first in solo tackles (6) and had four big sacks, causing fumbles on two of them. If not for a missed 34-yard field goal at the end of the game the Buccaneers would have won and Barrett would have been the main reason for it. He may not win the NFL defensive player of the year award, but in my opinion, he deserves it.

Jason Pierre-Paul missed the first six games of the season due to a fractured vertebra in his neck. On the first pass play upon his return in week eight, Pierre-Paul sacked Tennessee Titans quarterback Ryan Tannehill. In effect, telling everyone that Barrett wasn’t going to be the only player opposing quarterback would have to worry about. In 10 games, Pierre-Paul recorded 8.5 sacks. His best game was week 16 against the Houston Texans when he had a season-high three sacks and tied his season-high in tackles for loss (3) and quarterback hits (3).

The challenge that Tampa Bay will face this off-season is bringing all these players back for 2020. Shaquil Barrett and Jason Pierre-Paul will both be unrestricted free agents. Both have stated they would like to return and the feeling is mutual with the team. Barrett is in line for a significant payday and I expect Tampa to pony up. Pierre-Paul I believe will also be brought back on a team-friendly one to two-year deal. If they are able to bring these guys back, I expect the Linebacker group to have another good year in 2020.

Evan Winter - April 22, 2021
0
One of the more underrated aspects of the offseason is "Rule Change Season". This is the period of time when the NFL's Competition Committee gets...

Ray Kennedy - April 22, 2021
0
The Buccaneers' 2021 opponents have been known for awhile. Due to a three-year rotation for playing divisions within their conference and a four-year rotation...

Joshua Cole-Allen - April 22, 2021
0
General manager Jason Licht had his pre-draft press conference Wednesday and a variety of topics were touched upon relating to the draft. Licht talked...